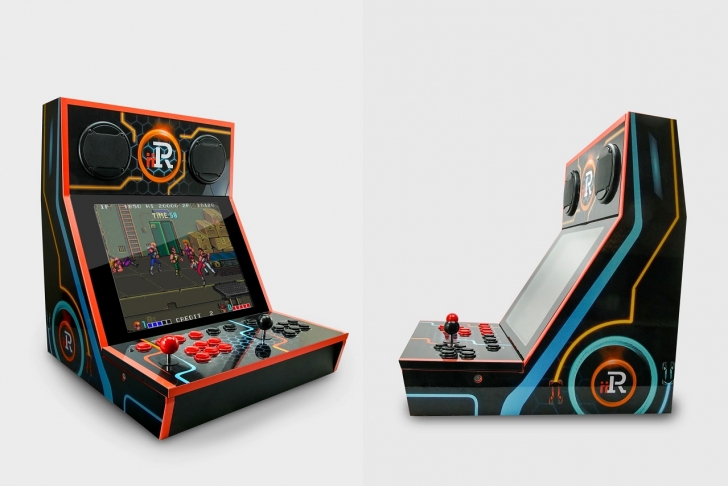 A few years ago, I really got into retro gaming, I don’t know if it was a fad or I was just looking into it more than usual? I got very obsessed with it and even built a bartop arcade machine, from scratch. I was pretty impressed with myself because I have no experience with programming and minimal experience with building things.

The arcade was run on Raspberry Pi 3, with the RetroPie software, I learned a lot about how to build a system and ended up with a pretty decent system, with thousands of games (without licenses of course). But due to a lack of programming knowledge, every time a glitch appeared, I had a hard time fixing it. I was actually planning on selling them but I never got around to it.

However, now there’s a pre-built solution that takes retro gaming and gives it a modern twist, in the form of iiRcade. The iiRcade lets you play retro games in addition to modern games that are built by indie gamers. The retro games are officially licensed; however, the selection is limited, but the company plans on adding more and more games as the project progresses.

The iiRcade comes in a bartop or full size, with the help of a convertible mechanism, it can switch between bartop and full-size modes. The arcade comes with a 19” 1280×1024 screen and a 100-watt stereo system. The machine is powered by a 1.8 GHz Hexa-core CPU, 800 MHz Quad-core GPU, 4GB Dual-channel LPDDR4X and customized operating system. The iiRcade comes with an app that lets you purchase addition games on the App store (games will be priced from $2.99 to $14.99).

The iiRcade is currently crowd sourced on kickstarter, with prices starting at $399. Check it out here.